Applicants for a Bombardier CRJ skill test shall have received instruction in the same type of aircraft to be used in the skill test. The skill test for multi-pilot typerating shall be conducted in an FFS. Failure to achieve a pass in all sections of the test in two attempts will require further training. There is no limit to the number of skill tests that may be attempted.

Applicants are required to fly the Bombardier CRJ from a position where the PIC or co-pilot functions (as relevant) can be performed.

During preflight preparation for the skill test, applicant is required to determine power settings and speeds. Applicants shall indicate to the TRE Bombardier CRJ the checks and duties carried out, including the identification of radio facilities. Checks shall be completed in accordance with the checklist for the aircraft on which the test is being taken and the MCC concept. Performance data for take-off, approach and landing shall be calculated by applicants in compliance with the operations manual or flight manual for the aircraft used. Decision heights/altitudes, minimum descent heights/altitudes and missed approach point shall be agreed upon with the examiner.

Bombardier CL65 - Mitsubishi CRJ series typerating authorizes the holder to fly on all variants constituted into the common B737 type by EASA Type Ratings and Licence endorsement list. EASA considers all variants of Bombardier CRJ family as one type endorsed under one common license endorsement - CL65.

The table indicates all the variants constituted into the common CL65 typerating endorsement. 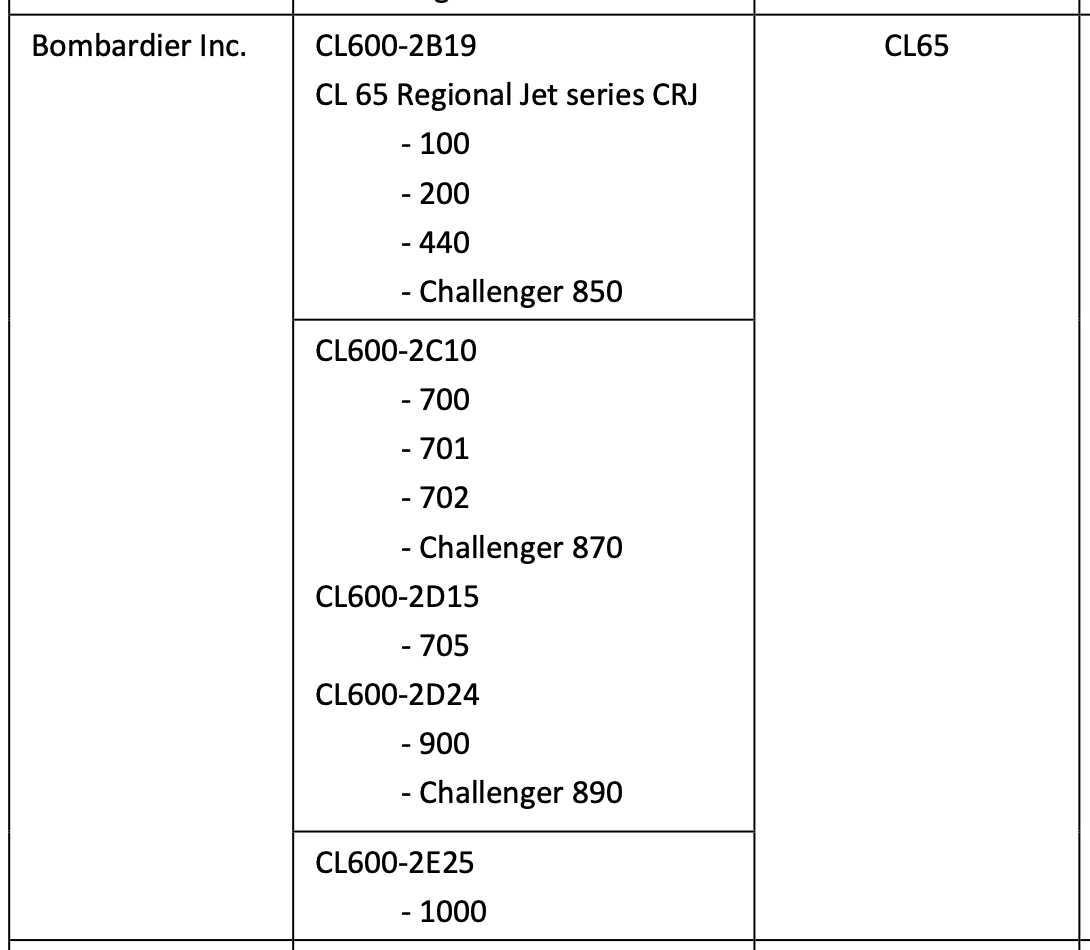