The Cessna C525 Citation skill test is required by FCL.725(c) and Appendix 9 to Part FCL or Regulation Ec 1178/2011. An applicant for initial Cessna 525 typerating shall pass a skill test in accordance with Appendix 9 to Part FCL to demonstrate the skill required for the safe operation of the applicable variant of Cessna 525 type. The applicant shall pass the skill test within a period of 6 months after commencement of the type rating training course and within a period of 6 months preceding the application for the issue of the Cessna 525 type rating.

Applicants for a Cessna 525 skill test shall have received instruction in the same type of aircraft to be used in the test. The skill test for multi-pilot typerating shall be conducted in an FFS.

The skill test for single-pilot operations shall be conducted in:

Failure to achieve a pass in all sections of the test in two attempts will require further training. There is no limit to the number of skill tests that may be attempted.

Applicants are required to fly the Cessna 525 from a position where the PIC or co-pilot functions (as relevant) can be performed. Under single-pilot conditions, the skill test shall be performed as if there was no other crew member present.

During preflight preparation for the skill test, applicant is required to determine power settings and speeds. Applicants shall indicate to the TRE C525 the checks and duties carried out, including the identification of radio facilities. Checks shall be completed in accordance with the checklist for the aircraft on which the test is being taken and, if applicable, with the MCC concept (for multi-pilot operations). Performance data for take-off, approach and landing shall be calculated by applicants in compliance with the operations manual or flight manual for the aircraft used. Decision heights/altitudes, minimum descent heights/altitudes and missed approach point shall be agreed upon with the examiner.

The TRE C525 shall take no part in the operation of the aircraft except where intervention is necessary in the interests of safety or to avoid unacceptable delay to other traffic.

Cessna C525 Citation skill test takes approximately 3 to 5 hours. It includes the additional time required for briefing and de-briefing It also depends on what kind of operations are you aiming to be qualified for.

Cessna C525 Citation can be operated under single-pilot operations (SPO) and multi-pilot operations (MPO). The checkride itself lasts approximately 2 - 4 hours in simulator. The remaining time is used for the flight preparation, briefing and de-briefing. This also includes the additional oral assessment of technical knowledge.

The skill test for Cessna 525 when operated in multi-pilot operations shall be performed in a multi-crew environment. Another applicant or another type rated qualified pilot may function as the second pilot. If an aircraft is used, the second pilot shall be the TRE C525 or an instructor.

Applicants shall operate as PF during all sections of the skill test, except for abnormal and emergency procedures, which may be conducted as PF or PM in accordance with MCC. Applicants for the initial issue of a multi-pilot aircraft type rating or ATPL shall also demonstrate the ability to act as PM. Applicants may choose either the left-hand or the right-hand seat for the skill test if all items can be executed from the selected seat.

The following matters shall be specifically checked by the TRE C525 for applicants for multi-pilot operations in a single-pilot aeroplane extending to the duties of a PIC, irrespective of whether the applicants act as PF or PM:

The skill test should be accomplished under IFR as far as possible be accomplished in a simulated commercial air transport environment. An essential element to be checked is the ability to plan and conduct the flight from routine briefing material.

The privileges of Cessna C525 Citation typeratings are to fly on following variants:

The table indicates all the variants constituted into the common Cessna C525 Citation typerating endorsement. 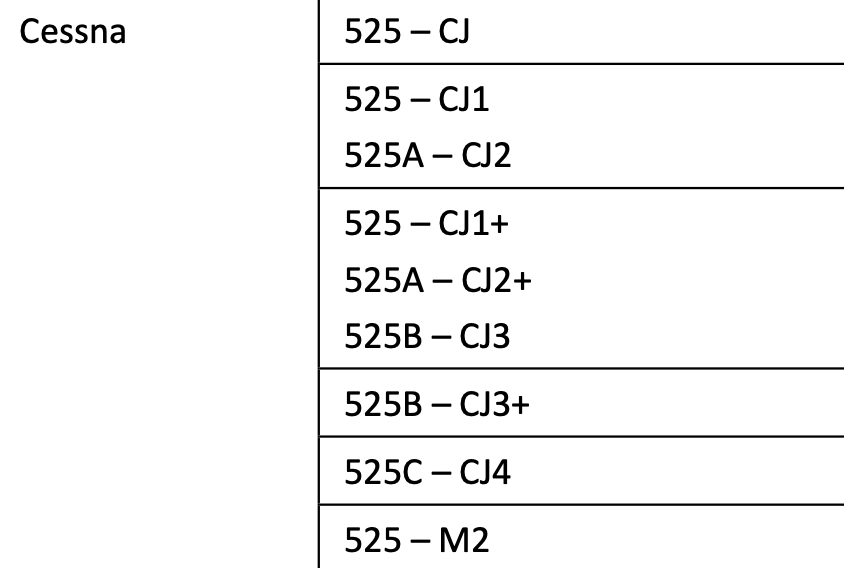 What is the Cessna C525 typerating validity

In accordance with FCL.740(a) the validity period of Cessna 525 Citation is 12 months (1 year). Another requirement limiting the validity of your C525 typerating is FCL.710(d). It mandates additional differences training or familiarization training with possible proficiency check if you have not flown the particular variant of Cessna 525 family for more than 24 months (2 years). The means of alternate proficiency checks and required training to maintain the privileges on particular variant is contained in EASA operational suitability data for Cessna C525 Citation. The Operator's Operations manual, Part D should also contain procedures for training and checking on different Cessna 525 variants. 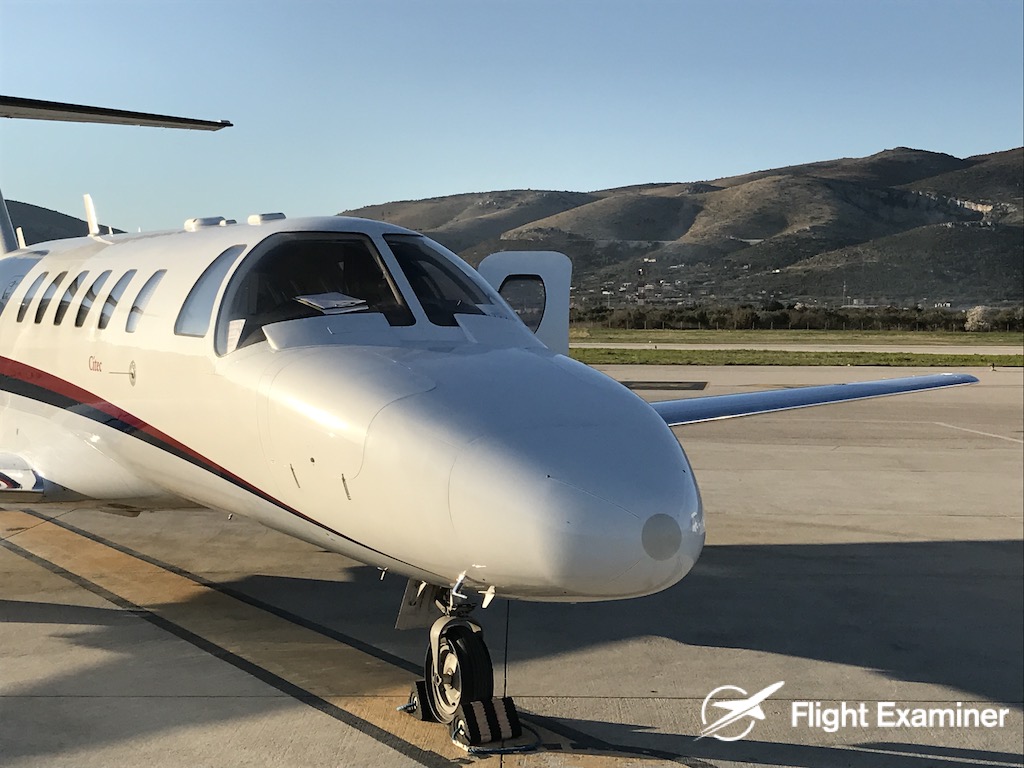