By implementing Operational Suitability Data in Part 21 (Ec 748/2012) the OSD considering the operational evaluation of Bombardier CL65 has been created. The document directly deals with the operational considerations related to the flight crew rated on Bombardier CRJ Series only.  With reference to Part-FCL, FCL.010 (‘type of aircraft’) and GM1 FCL.700, the Bombardier CRJ series aircraft have been evaluated for aircraft categorisation and license endorsement.

The CRJ series aircraft design ensures similar characteristics between all variants regarding cockpit layout, system operation, and handling characteristics. This level of commonality has a direct and significant impact on the design and construction of the training programmes.

All Bombardier CRJ series aircraft contained in the table below have been assessed as variants requiring familiarization or differences training, as applicable. The license endorsement is established as "CL65". 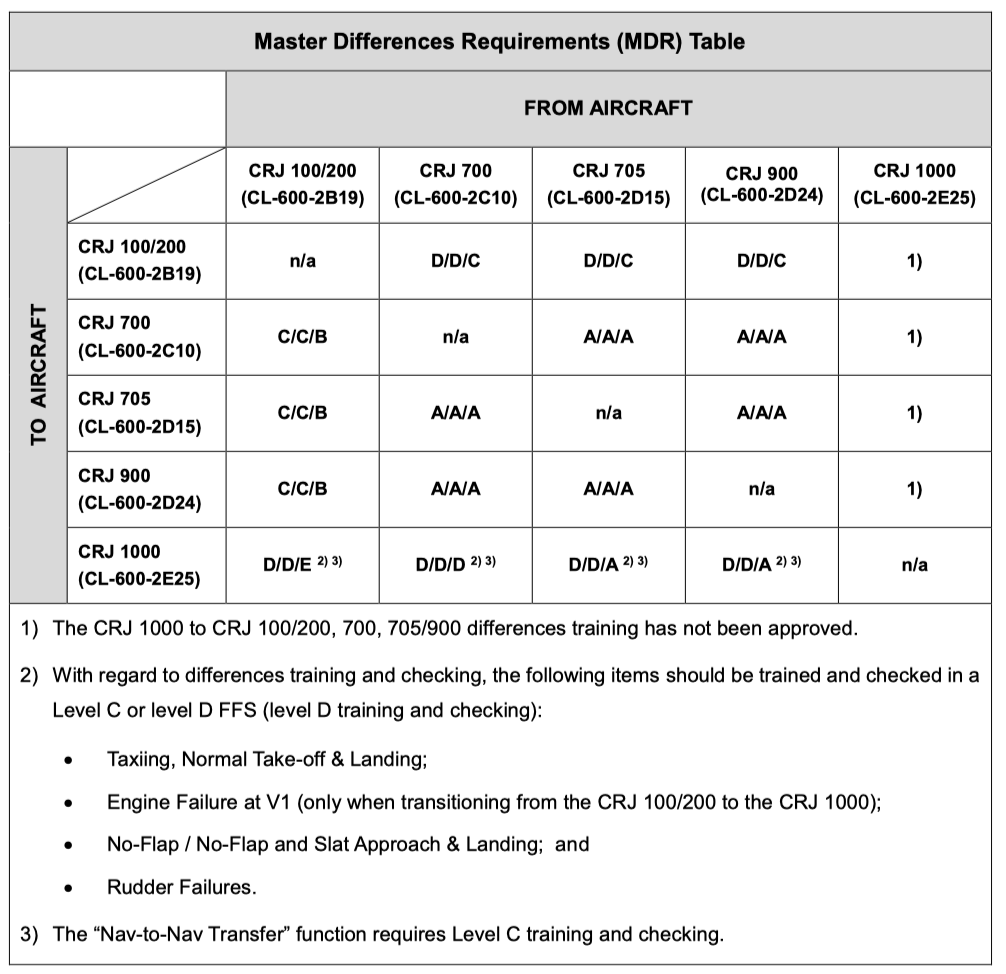